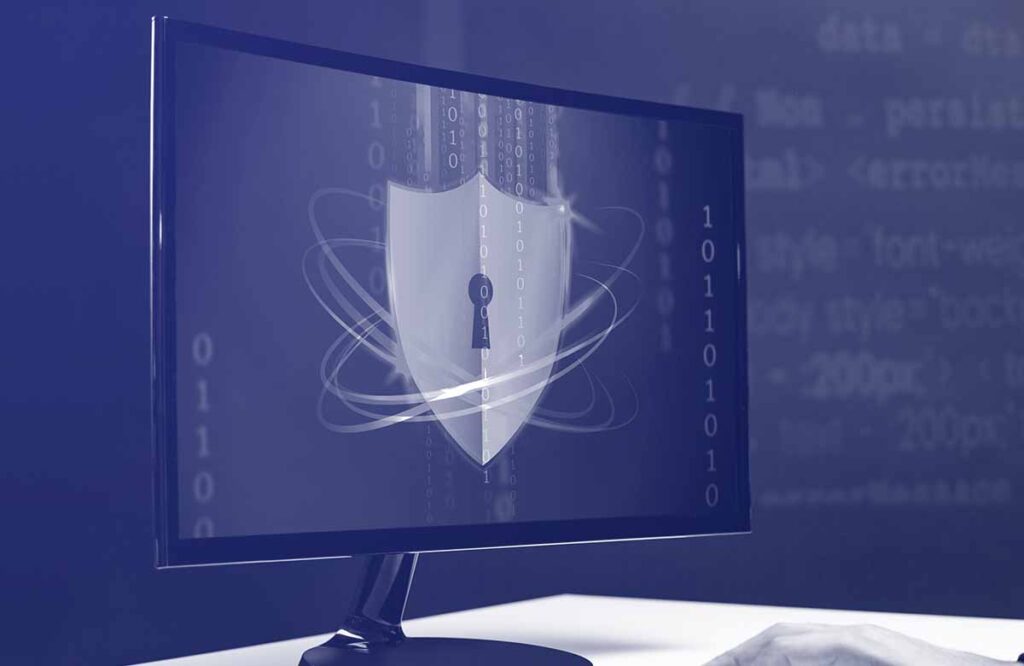 For our API ratings, we look at over 100 APIs and pull all the metrics together to give you a general feeling for the service quality for an organization’s APIs in a particular API ratings category with our patented CASC score.

2020 has been the year of COVID-19, which has meant that it also been the year of the messaging service. Where would we have been with Zoom and Cisco Webex Teams amongst others over the last few months?

And even when people do eventually get their vaccinations, it is likely that the habit of using messaging services isn’t going to be going away (it’s a lot easier to go to the virtual pub on a cold, wet, dark British December evening than go to the physical one).

That’s why we’ve split out a new Messaging category from this week. We will add more APIs as we go along, so if you have any special favorites that you link to see monitored, drop us a line.

Zoom heads the category, but only be the narrowest of margins! Cisco WebEx Teams props up the table being punished for being slow and having a poor pass rate. Zoom and Intercom both have a 100% pass rate and thus exceed the traditional 5 Nines telco strength benchmark. Cisco WebEx Teams has more 38 minutes of downtime over the week, which might not sound like much, but really isn’t acceptable for a messaging service. 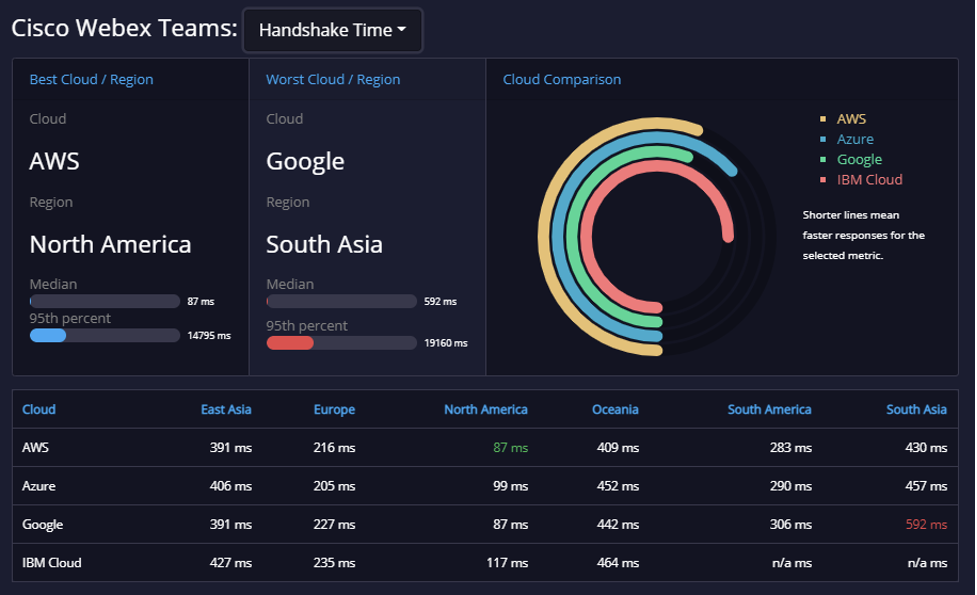 Cisco WebEx Teams is slow and it is slow across several different latency components, so there is no particular rate-determining step, but handshake time is worth looking at because it is adding hundreds of milliseconds from most locations and hundreds of milliseconds are not something you want to add to be adding on if you are a messaging service.

We can see how better the performance is North America, where only IBM Cloud has a handshake time over 100 ms (so why is that slow compared to AWS, Azure and Google) and Europe compared to the other regions. In East Asia, South America and South Asia, only AWS and Google in East Asia has a handshake time less than 400 ms and then only barely. This might be an area that Cisco could squeeze a few tens of milliseconds of performance out of and the API game is the hardest game in the world.

It’s all about squeezing out those few more tens of milliseconds. (Interesting also that AWS and Google have the same handshake time in both East Asia and North America? Are a lot of their data centers co-located?)

Department of Justice in the US Government takes the overall title again with a median latency of 46 ms compared to 47 ms last week. An important caveat: medians can be misleading! An API might have a fast median latency but produce many slow outliers. So just being fast isn’t everything. You have to be reliable too if you want to have good APIs and get a high CASC score!

NASA in the US Government category takes the overall Wooden Spoon this week with a CASC score of 6.14. We launched API.expert (http://api.expert) earlier in the year as a simple way to provide everybody with insights into the API economy and the leading APIs in different categories in particular. We are expanding our coverage of Open Finance APIs from around the world, so one of the major changes we made recently to these round ups has been to pull out the financial APIs. See you again in a week as we look at API ratings for mid-December. Also, don’t forget to look out for our monthly report for November and the weekly and monthly financial API reports.

If you have any questions, please don't hesitate to contact us.