We have already passed the last full week of April (and seemingly back into winter today here in the UK!) and once more the time has come to talk of many things, but particularly in our case, the State of the APIs over the last seven days.

Each week, month and year we’ll look at the APIs we track in a variety of sectors for their quality (using our patented CASC score, which allows you at a glance to see the performance of an API and compare it to other ones) as well as factors like uptime and availability.

Now, onto what the past week tells us about the state of the world of APIs in late April 2020.

We look at over 200 APIs but pull all the metrics together to give you a general feeling for the service quality for an organization’s APIs in a particular category.

We do see that certain providers consistently vie for top spot in their category including GitHub and Google with others doing less well such as Oasis Dex and the NHS.

Police.UK takes the overall title again with a fine CASC score of 988 (down just 2 from last week), once more keeping the title in the public sector.

One change again this week in this category with GitHub being knocked off the top spot in Corporate Infrastructure by Microsoft Office, so no immediate comeback for Slack, now down to fourth-fastest.

As so often, FTX tops the Cryptocurrency Exchange category, but they are down to sixth overall with a CASC score of 871, down from third place and a CASC score of 895 last week, which shows how hard it can be to sustain improvements. But it is still worth remembering that It’s no good just being fast if you are flaky, although being fast does help!

Capital One stands out with a CASC score firmly in the Red Zone of just 365. Of the 11 APIs in PSD2 Banks, 9 are in the Green Zone (8 above 900), 1 in the Amber Zone (Visa) and one in the Red (Capital One). So, banks should be able to produce high quality APIs. What has gone wrong for Capital One? 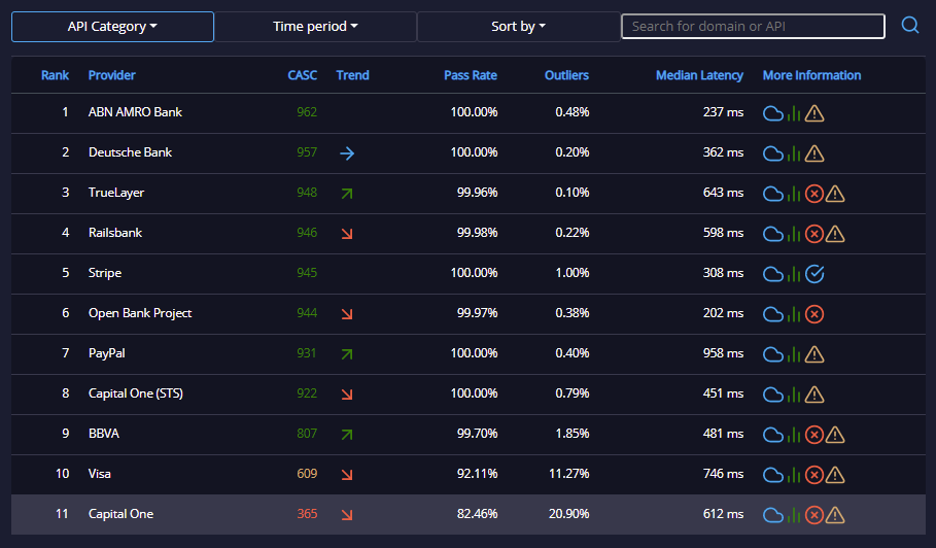 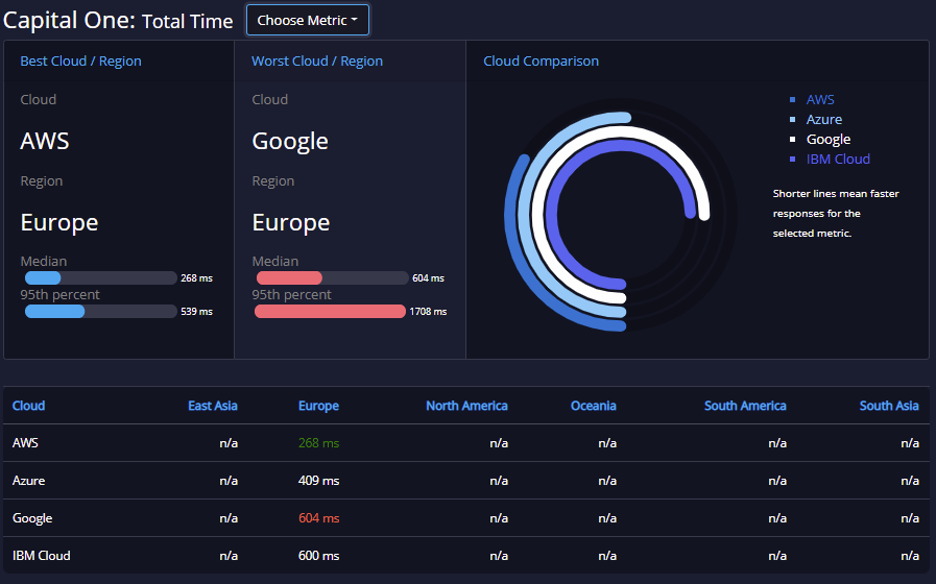 If we look at Total Time, we can see that AWS is a lot faster than Azure and more than twice as fast as Google and IBM Cloud.  What’s that all about?

Given that AWS is so much faster than the other three clouds, it might be that Capital One aren’t seeing anything wrong in their own monitoring if they are only looking from AWS. 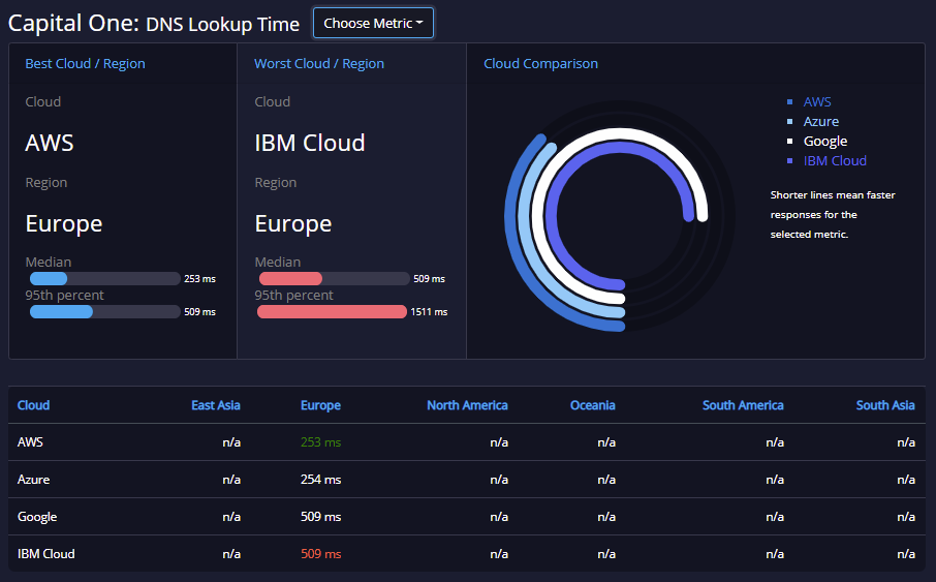 It is clear from a glance at the DNS Lookup Time, that this is the rate-determining step. Such a long DNS lookup time is likely the cause of the high percentage of outliers especially from Google and IBM Cloud.

It might also be the cause of the high number of failures. If the DNS lookup time becomes too long the call will time out. This is definitely an API in need of some urgent attention and it will be interesting to see if it can get back to nominal by next week

See you again in a week as we assess matters as we head into May. We will also be doing the April monthly report.