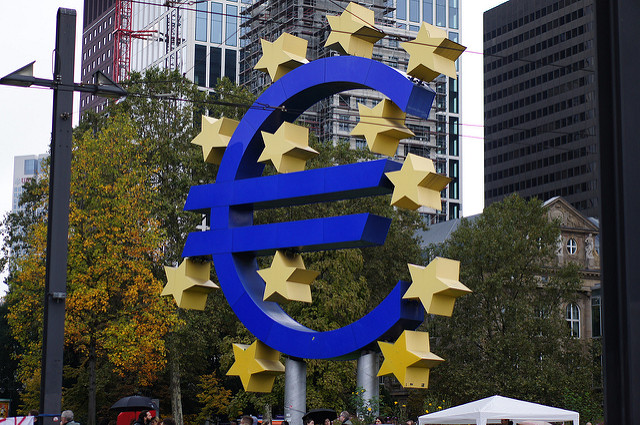 The European Single Market came into being in the early 1990s, but was in many ways more of an aspiration than a process. It wasn’t just that there were a lots of vested interests that didn’t necessarily want to see all of the friction removed from trans-border transactions. There were also a lot of practical and emotional reasons why people might be reluctant to obtain goods and services from countries on the other side of the continent.

This was particularly the case in payment and related financial services, which was why the EU introduced the first Payment Service Directive in the mid-2000s. By then the euro was in existence, which at least for most EU countries it was the same currency when making and receiving payments.

I remember being in a Siemens canteen in Germany in the early 2000s and paying for my lunch with euro coins that didn’t have the German design on the reverse. The checkout person was somewhat discombobulated by this, and I remember thinking that they were rather missing the point of the euro. So, emotionally, even if it is the same money, it can be difficult to trust it if it looks like it came from another country.

PSD1 helped a bit. It was at least a way of encouraging people to think about cross-European financial services. But in truth, not many people in Spain were banking in Sweden or vice versa, even if they could have gotten a better deal. And, of course, the mistrust went both ways. If you’re a Portuguese bank, how do you understand the Finnish mortgage market?

So there was a perception that PSD1 hadn’t achieved what everyone had hoped. But in the past decade there have been many changes to the business and technology environments. Non-traditional companies like Amazon and PayPal were eager to enter the payment services market. Fintech startups were devising innovative new products that they hoped would disrupt the financial industry. And the API was emerging as the technical mechanism through payment and financial services could be frictionless enabled.

From PSD1 to PSD2

In light of the rapidly evolving situation, the EU put forward PSD2 and mandated its introduction throughout the Single Market. Whereas PSD1 was mostly just a layer of regulation that could be dealt with more or less notionally, PSD2 will have much more profound impact on banks and financial institutions as they will require exposing open banking APIs that allow third parties suitably authorized access to account information to make payments.

And there are plenty of players large and small who will want to use those APIs. PSD2 is not something that banks are just going to be able to ignore. Whether we will really see a true single market emerge in payment services is another matter, but people in Spain or Sweden are more like to trust Facebook or Google than some bank they’ve never heard of. Whatever happens, it is going to be a lot easier, faster, and cheaper to send money to a friend or company in another Single Market country.

If you want to read more about PSD2 and the importance of monitoring the performance and quality of the APIs that enable it, check out our whitepaper. And please, don’t hesitate to contact us!

Fill in the form to download a free copy of the white paper.

Want to be updated on latest API Metrics Insights? Sign up to our newsletter and receive latest news and blog from us.
PrevPrevious PostArtificial Intelligence: AGI, AI, API – and AIPI?
Next PostPSD2, APIs and Performance, and Quality MonitoringNext