We are now hurtling through January and what a month it has been so far. But don’t fear, API.expert is still on the case with our weekly Fintech API ratings.

Cryptocurrency Exchanges is a fairly competitive Fintech API category with 13 of the 17 APIs this week being in the Green Zone and 6 APIs having a CASC score over 9.00. 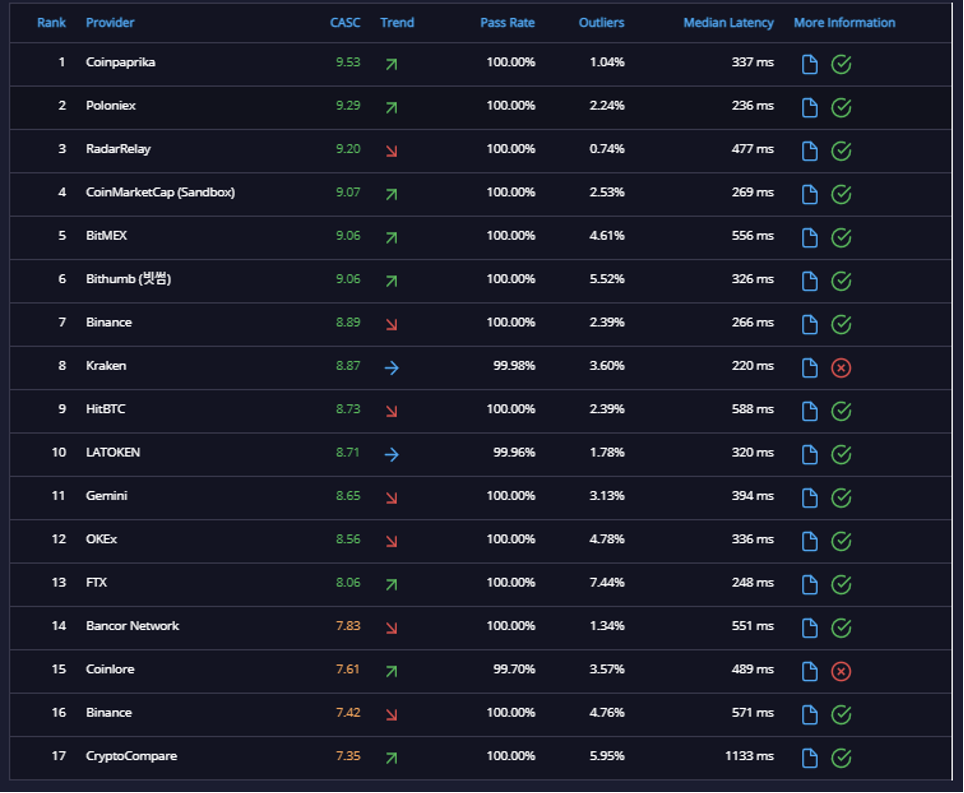 Coinpaprika tops the table with an excellent CASC score of 9.53, so props to their DevOps team. Poloniex comes in second with a faster API, but more outliers. Is there any they can learn from one another? 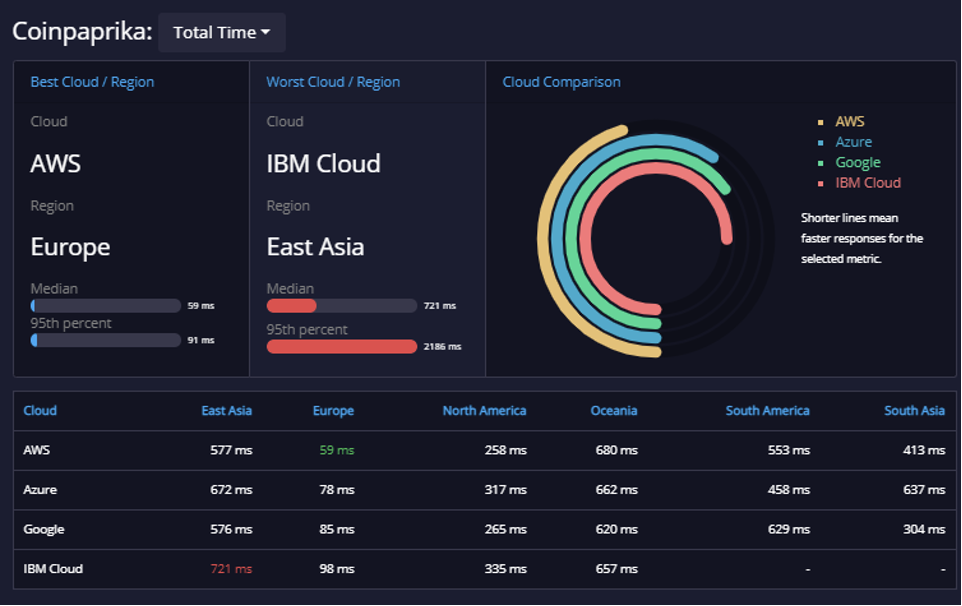 Coinpaprika looks like it’s based in Europe. In the competitive world of cryptocurrency exchanges, where every millisecond counts even more than it does with less time-critical APIs, that could place their users at a disadvantage if they are in a different region Even North America adds a couple of hundred milliseconds of latency compared to Europe. There’s not much you can do about the size of the Earth, but you might want to look at hosting the service in different regions if the lag is affecting the user experience. 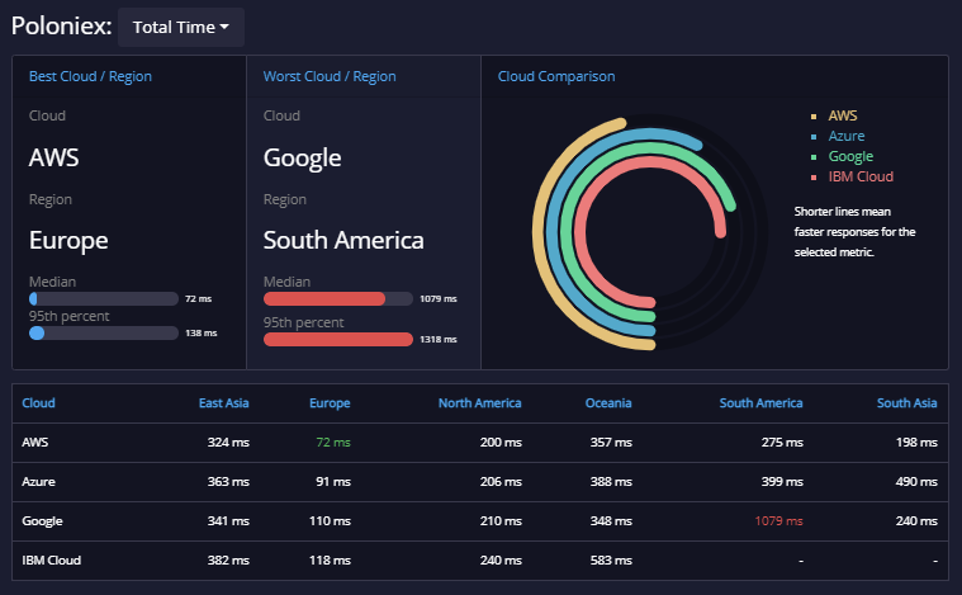 Poloniex is also fastest in Europe, but there is more variation there. AWS is fastest in all regions, which suggests that Poloniex is hosted on AWS. That’s fine, but you want to make sure that users who are calling your API from other clouds aren’t being penalized.

IBM Cloud is 46 ms slower than AWS in Europe and 326 ms slower in Oceania. You might not have many users in Oceania, but then you probably won’t if you are slow. Google in South America has a a latency of over a second.

Using active API monitoring to identify areas where performance can be improved is vital to delivering the optimal service to all your users. If something sticks out from the rest of your metrics for no obvious reasons, there is probably something you can do about it.

Bank of Ireland in the Open Banking – UK – Open Data category takes the overall title again this week with a CASC score of 9.65, down from 9.72 last week.

Sustaining a CASC score of >9.25 over a period of several weeks is a good showing and congratulations to those organizations that achieved it.

All categories are headed by an API with CASC score of 9.26 or more, which is a very acceptable level of performance.

An important caveat: medians can be misleading! A Fintech API might have a fast median latency but produce many slow outliers. These won’t affect the median, but they mean that users can experience many calls that were unacceptably slow.

So just being fast isn’t everything. You have to be reliable too if you want to have good APIs and get a high CASC score!

Danske Bank (Sandbox) in the Open Banking – UK – Sandbox category takes the overall wooden spoon again with a CASC score of 5.42, down from 5.57.

See you again in a week as we head towards the end of (for some of us, dry!) January. Also don’t forget to look out for our monthly report for December and the weekly and monthly non-financial API reports. We will also be publishing special reports on the State of the APIs in the 2020, so that’s something else to look forward to!