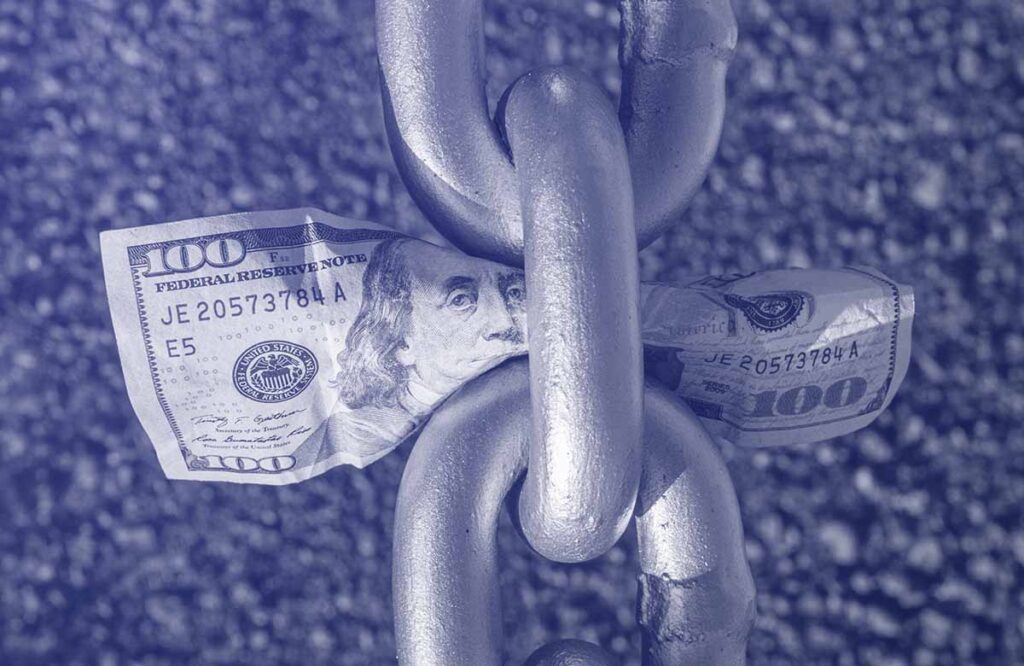 We have added several Coinbase banking API endpoints so they will be appearing regularly on the API.expert table going forward. How did they do last week? 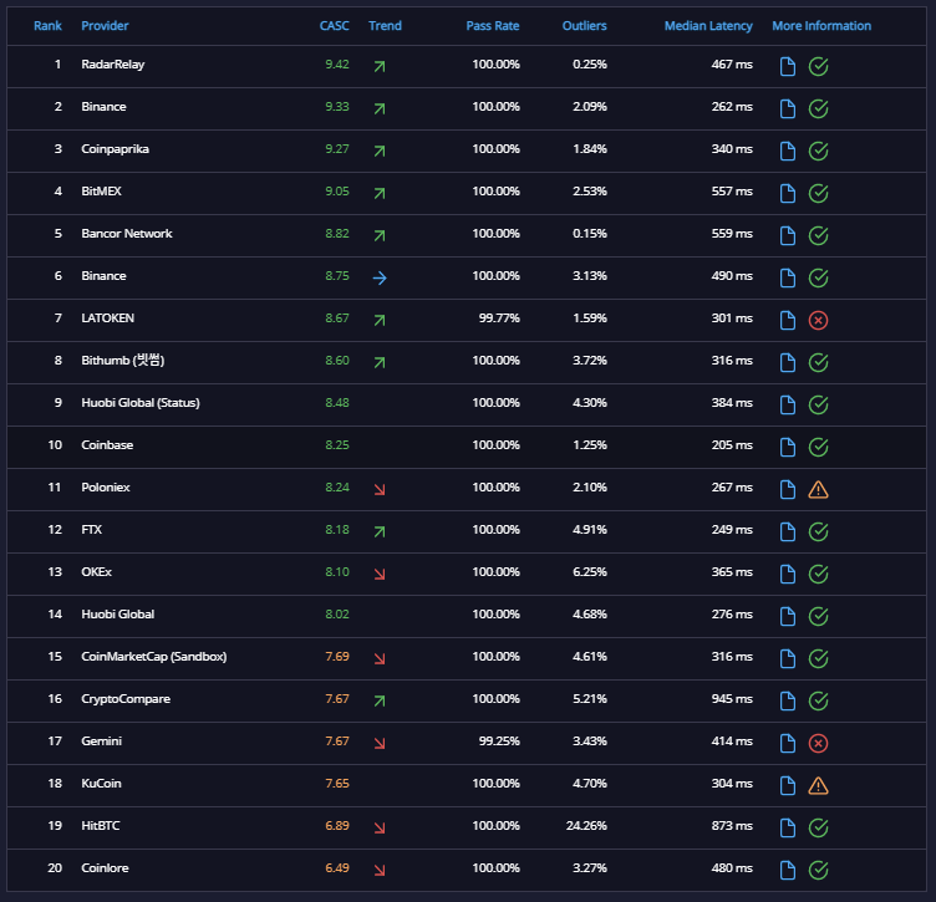 Coinbase achieved mid-table respectability, 10th out of 20, which is OK, with a CASC banking API score of 8.25, in the Green Zone, although you might hope that such a big brand might hit a bit more strongly. They have 100% availability are the fastest API in the category, so a good base to build on.

It’s going to be inconsistency in the latency that’s letting them down. Let’s take a closer look. 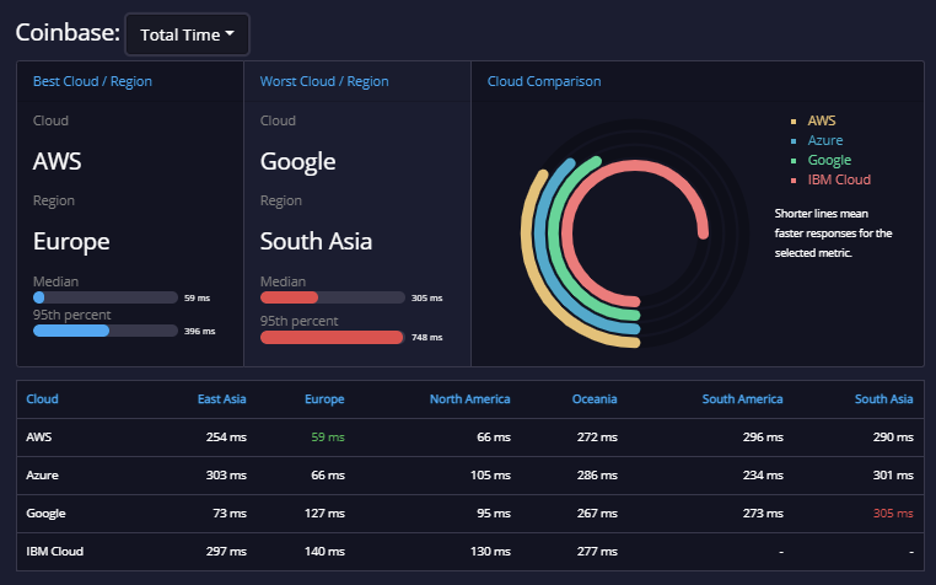 As we can see, there’s big variations between regions and within regions. This is dragging down Coinbase’s CASC banking API score, but, more importantly, it’s dragging down the quality of service it’s providing to its users. As we often say here, you want, where possible for all users, to experience the performance.

That’s why you need to be actively monitoring your banking API from different clouds and regions so that you know whether your IBM Cloud North America users are experiencing an additional 71 ms of latency compared to AWS Europe.

Coinbase is a global company. It can’t claim that all of its users are in one region. And it can’t even say that everyone is using its app hosted, say, in AWS North America.

After all, you can be using the banking API from anywhere (we are), for instance. Your most serious users aren’t going to be using the mobile app. And they are certainly going to care that Google South Asia is 246 ms slower than AWS Europe. 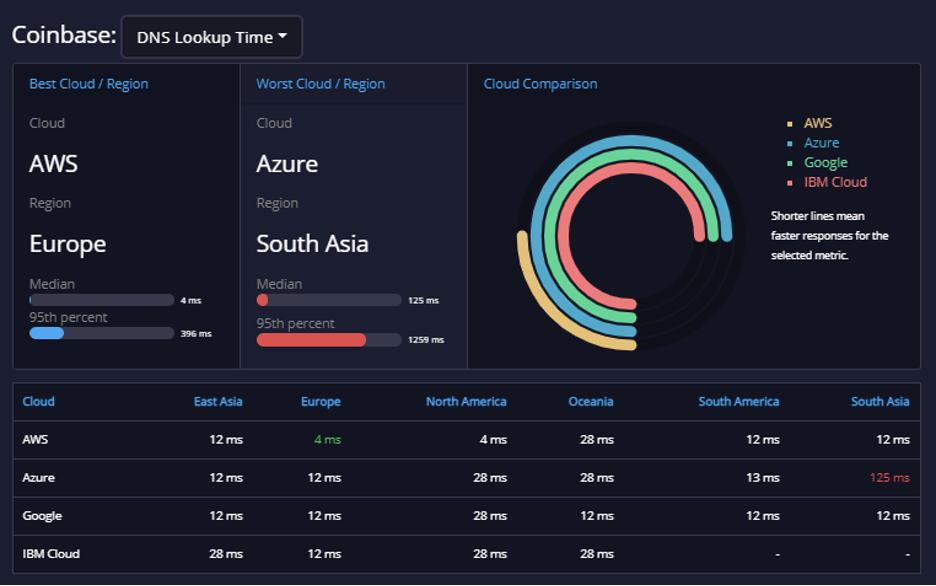 Coinbase is pretty good on DNS Lookup Time, but they should be able to hit 4 ms or 12 ms everywhere and something is up with Azure South Asia. 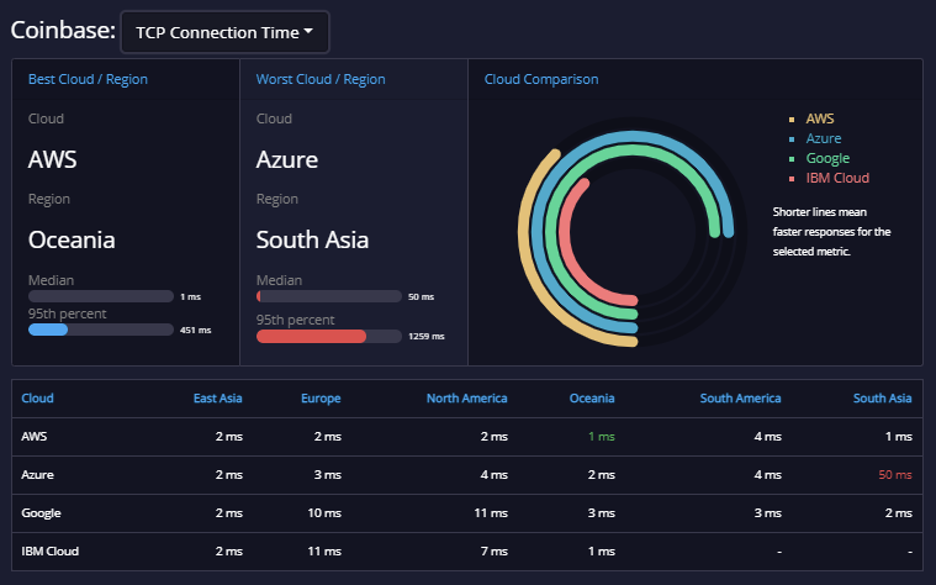 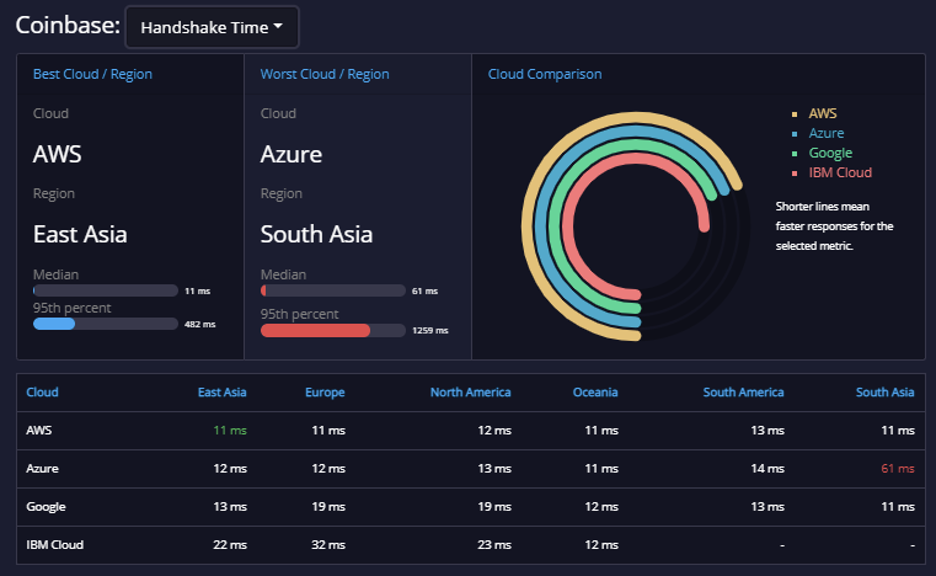 Again, for Handshake Time, Azure South Asia is anomalously slow. This is the kind of intelligence you only get from active monitoring your banking API. Everything after all might look fine from AWS. 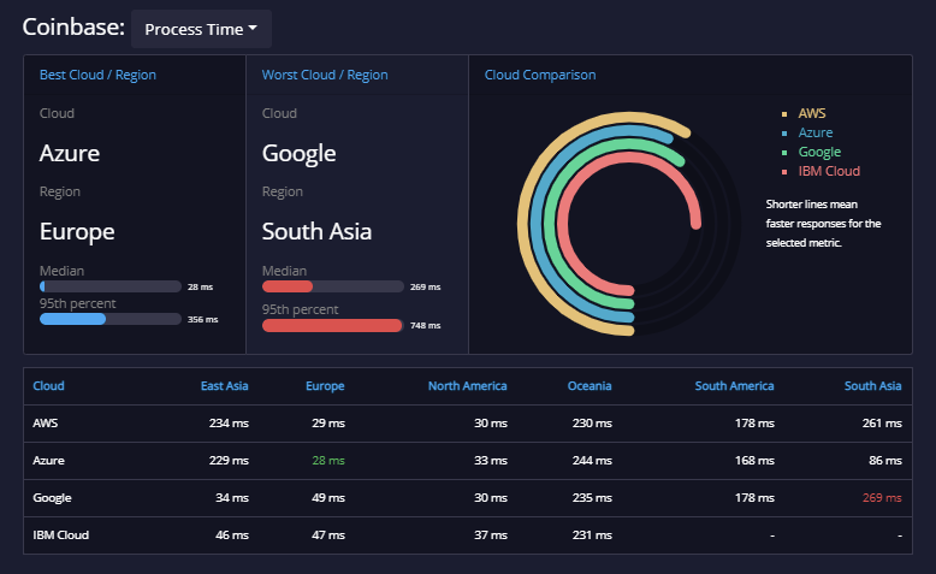 If Coinbase wants to improve its CASC banking API score, looking at how to ensure that, as far as possible (and clearly with such significant variations between clouds and regions, there is much optimization of configuration to be done) users from different cloud locations receive the same  performance will go a long way – and more importantly ensure that users aren’t missing out on the best possible prices when making a trade.

Tide in the Open Banking – UK – Production category takes the overall title again this week with a CASC score of 9.84, down from 9.85 last week.

HSBC in the Open Banking – UK – Open Data category takes the overall title again with a median latency of 94 ms, down from 95 ms last week.

Barclays (Sandbox Auth) in the Open Banking – UK – Sandbox category takes the overall bottom spot again this week with a CASC score of 4.74, down from 5.24 last week.

Want to be updated on latest API Metrics Insights? Sign up to our newsletter and receive latest news and blog from us.
PrevPrevious PostMeristem Inc. to resell APImetrics’ service in Japan
Next PostAPI.expert Weekly API Analysis: Microsoft BingNext