You might think that APImetrics is *just* a technical product for a technical user base. Well, it can be. But we have users across all aspects of the digital business – from the developers who build APIs and the DevOps teams who manage them, up to the C suite.

So we wanted to give you some examples of who is using APImetrics so you can see how that may apply to your business.

In fact, if you’re worried that your APIs might be impacting your overall brand or business, then it’s a good idea to book some time with our experts.

BOOK WITH OUR EXPERTS

Let’s start at the very beginning with the developers who build APIs.

Developers are often under pressure to get APIs out the door. To do the key steps involved in testing their solution. But sometimes, they don’t stop to think about how the API looks to the outside world.

APImetrics is designed to test APIs from where your users are – where they are going to build their services and applications. Without that understanding, you could be creating issues that will impact many different parts of the operation, all while thinking everything looks fine. 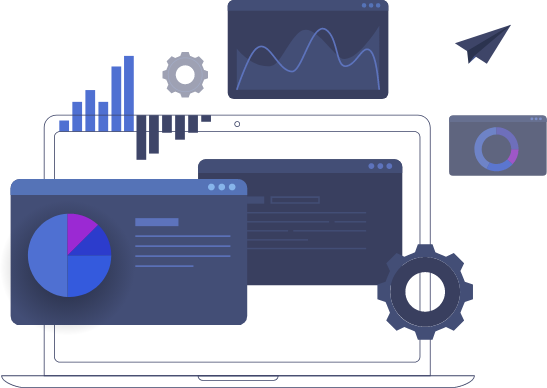 They need to know that the APIs are functioning. But they also have a lot of systems to look after. And some of the ways APIs fail can be challenging to track down.

Some of the ways that APIs fail can hide from the traditional tools or systems used by DevOps teams.

An API can appear to be passing 100%, always returning pass codes. Yet a failure can appear only to your end users. This is extremely common in legacy systems involving chains of IT equipment of different ages.

Even then, there might be a problem somewhere in the networking stack. An expired SSL certificate. A misbehaving load balancer. And your infrastructure won’t even see the inbound calls.

That’s why we had to build APImetrics in the first place.

You can read a Case Study here from our client, NYLAS, about how they realized they needed to understand the external approach to maximize their performance and managed to increase their TLS speeds by 100%.

Stop us if you’ve heard this one:

Customers are complaining about performance. The DevOps teams are seeing no issues. Who is right? Who can solve the disconnect?

Customer success is often caught between engineering teams, who are not able to see the big picture, and customers who, clearly, believe they are always right.

With APImetrics, you can see both sides of the equation. It’s an accurate outside–in approach that see what the users are seeing. We can even be configured to call your APIs from the same clouds your users are on.

You’ll quickly be able to see if the problem really is at your end, and take appropriate action without endless we said/they said fights.

How do you figure out what API data is telling you when so many groups might have a stake in the answer?

There are a lot of parts to a successful API strategy: Understanding your critical SLAs. Reporting accurately to customers and regulators. Being confident that things are actually working.

With the growth of regulated Open Banking like the UK’s OB, our clients’ analyst teams are working flat-out to report to regulators. One client, a global Tier 1 bank, found that reporting to the UK FCA was taking most of the month to complete.

With APImetrics, , more than half the report was automatically generated out of the box on the first of the month and delivered directly to them. We can automate huge parts of reporting – giving you peace of mind across your organization.

Sectors of the API economy are increasingly becoming regulated. Complex and meaningful regulations have been set regarding how APIs should perform and what success looks like.

The challenge for global regulators is simple: how do you manage a system where both sides can prove compliance? Who provides the mechanism for dispute resolution?

Currently, this relies on a degree of self-reporting and reliance on all parties to offer reliable and accurate information.

Enter APImetrics – an independent authority with no vested interest in the sector.

We can configure White Label portals and dashboards with detailed information. All parties can use it as a dispute arbitration point.

In a recent example in the UK, one client was able to demonstrate to regulators that the problems stemmed from how a particular TPP had configured their integration – not from a problem with the bank’s APIs.

Digital business is increasingly delivered via API, but how do you know what you are actually buying? Conversely, look at businesses like Google. They have an SLA in place, but the onus is on the customer to demonstrate that the SLA was broken.

APImetrics provides tools to identify and track the likely impact of poorly performing APIs. We give sourcing departments the tools to monitor the SLAs critical to your business and potentially save money!

Your business is digital. You exist in an ecosystem of connected, open IT systems with new regulations. You have competitors that you now need to work with.

How do you get the information on performance that you can trust?

Do you have a way to get the data you need in clear, jargon-free dashboards that will show you where you stand in the market and where work needs to be done?

Don’t worry. APImetrics has your back. Schedule some time with us and we can help.

BOOK WITH OUR EXPERTS

New to the API economy? Learn what APIs are and why they’re so important.