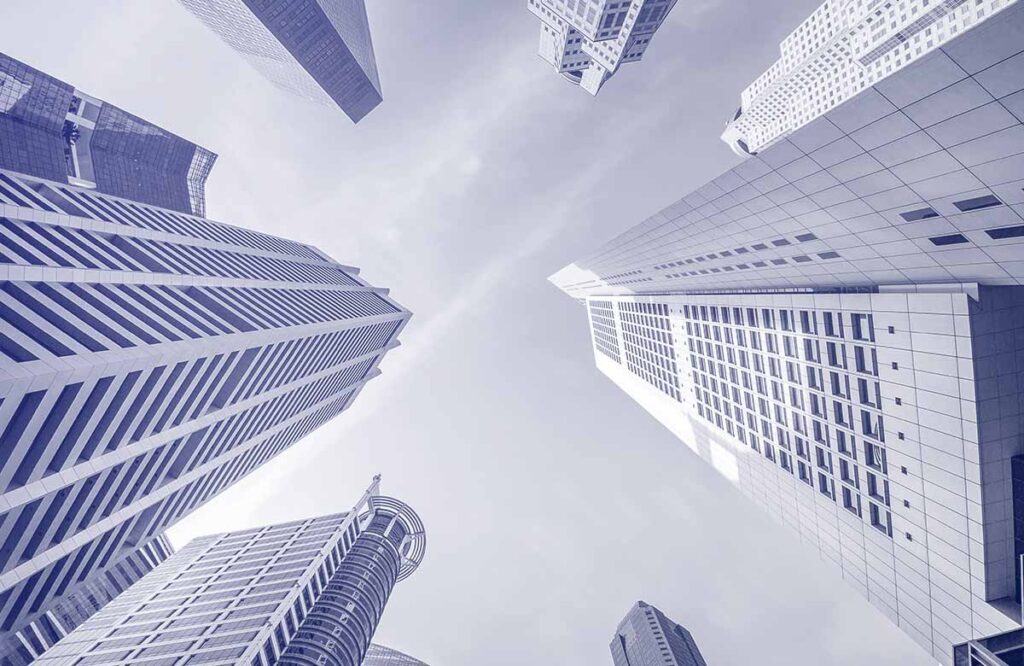 October has come and gone, and the clocks are falling back around the world. Let’s talk about API ratings over the last seven days.

But before we do, a quick programming note:

We are expanding our coverage of Open Finance APIs from around the world, so one of the major changes we made recently to these round ups has been to pull out the financial APIs. Look out for the separate weekly and monthly reports on financial APIs.

Now, onto what the past week tells us about the world’s non-financial API ratings as we dive into the results as we head towards the election and/or the end of the world.

We look at over 100 APIs, but pull all the metrics together to give you API ratings in a particular category.

Department of Justice in the US Government takes the overall title again with a median latency of 52 ms, the same as last week. An important caveat: medians can be misleading! An API might have a fast median latency but produce many slow outliers. These won’t affect the median, but they mean that users can experience many calls that were unacceptably slow. So just being fast isn’t everything. You have to be reliable too if you want to have good API ratings!

Foursquare took the title in the Search API ratings category this week, but only by 0.02 points from both Microsoft Bing and Facebook and 0.03 points from Google. That’s an incredibly tight race! 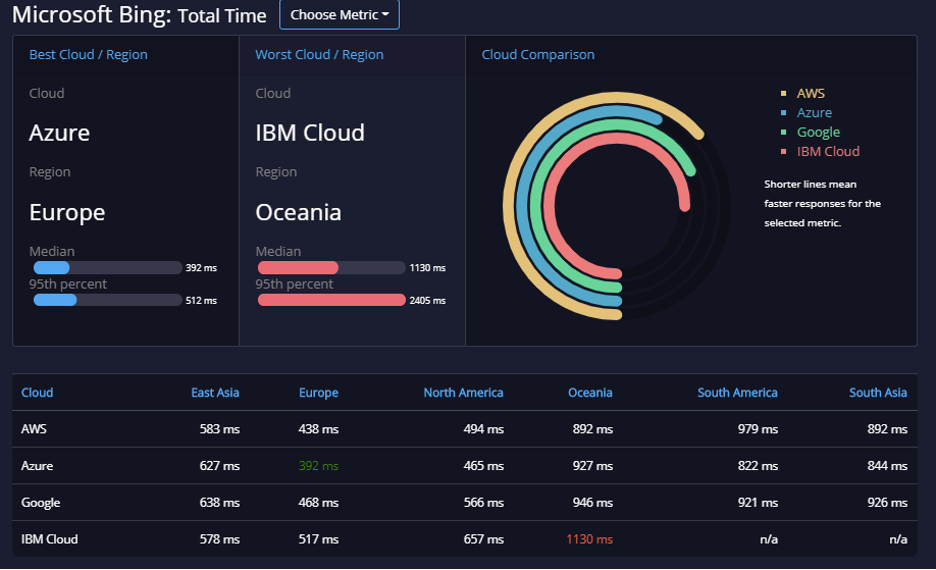 Interestingly, for both Microsoft Bing and Facebook, the worst location is IBM Cloud Oceania, both of which have a median latency of over a second. 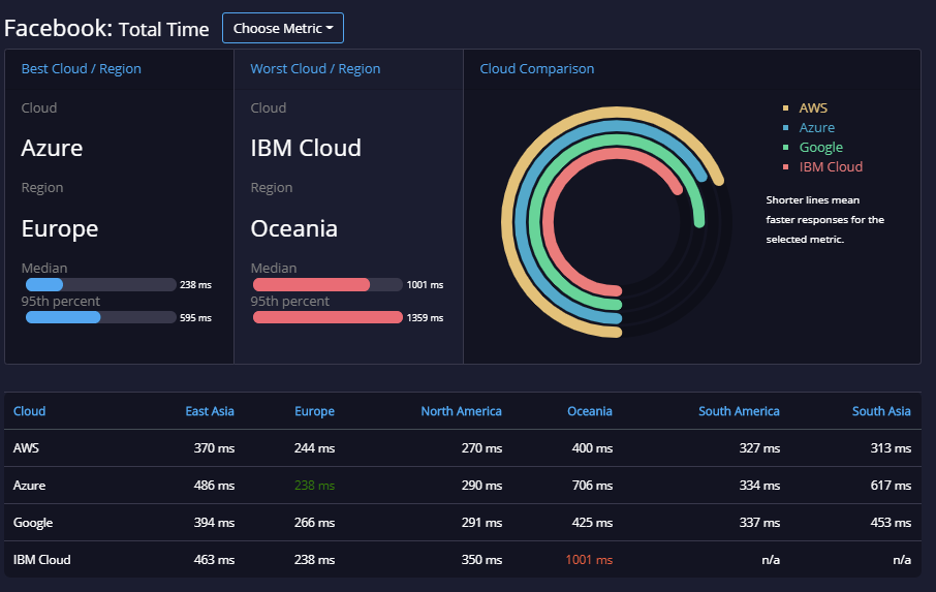 There might be many users using Microsoft Bing and Facebook from IBM Cloud Oceania, but those who do will be experiencing a significantly degraded experience. All of your users are important and you don’t want any of them to have a poor service, especially in cases in which the poor service is caused by cloud interconnection issues that can often be resolved through a little light reconfiguration. And having big variations in latency between clouds and locations increases the standard deviation of the latency and thus reduces the CASC score. It’s by actively monitoring your APIs from the locations where your users are that you can understand what performance they are really experiencing and you can work to ensure that the experience is getting better all the time. See you again in a week as we look at API ratings over a crazy time in history. Also don’t forget to look out for our monthly report for September and the weekly and monthly financial API reports!

If you are new to APImetrics, sign up for a free trial so see how they could work for you with our free API set. If you have any questions, please don't hesitate to contact us.

Want to be updated on latest API Metrics Insights? Sign up to our newsletter and receive latest news and blog from us.
PrevPrevious PostFinance API Ratings, Oct 19-26: Railsbank has a bad week
Next PostAPIs and the U.S. 2020 ElectionNext