The time of the week has once more come round for API ratings over the past seven days. We now find ourselves into the second half of August and temperatures have at least subsided a bit here in Europe.

We launched API.expert earlier in the year as a simple way to provide everybody with insights into the API economy and the leading APIs in different categories in particular. The basic service is free and will remain free, but other, related services will be built on top of it, including your very own API.expert dashboards if you want them!

Now, onto what the past week tells us about the state of the world of APIs as we dive into the second full week of August 2020!

We look at over 200 APIs, but pull all the metrics together into these API ratings to give you a general feeling for the service quality for an organization’s APIs in a particular category.

We do see that certain providers consistently vie for the top spot in their category, including GitHub and Google, with others doing less well, such as Halifax and the NHS.

A pretty stable week for once in this API ratings category, with only three changes:

Nordea Bank retains the API ratings crown for the private sector with a fine CASC score of 9.89 (the same as last week). A CASC score of over 9.00 is very good and one of 9.50 or more exceptional.

Yet another stable week this week in this stable API ratings category, with no changes again to the top performers.

As so often, FTX tops the Cryptocurrency Exchange category by median latency, but this week is down to fifteenth out of 18 overall with a CASC score of 8.07, placing them to the lower end of the Green Zone.

But it is still worth remembering that it’s no good just being fast if you are flaky, although being fast does help!

The Federal Communications Commission takes the overall worst API ratings trophy again with an even worse CASC score of 5.43, placing it very firmly in the Red Zone.

The poor old Federal Communications Commission and the Bureau of Labor Statistics have swapped places at the bottom of the US Government category. They could both do with some Tender Loving Care from someone who understands APIs. 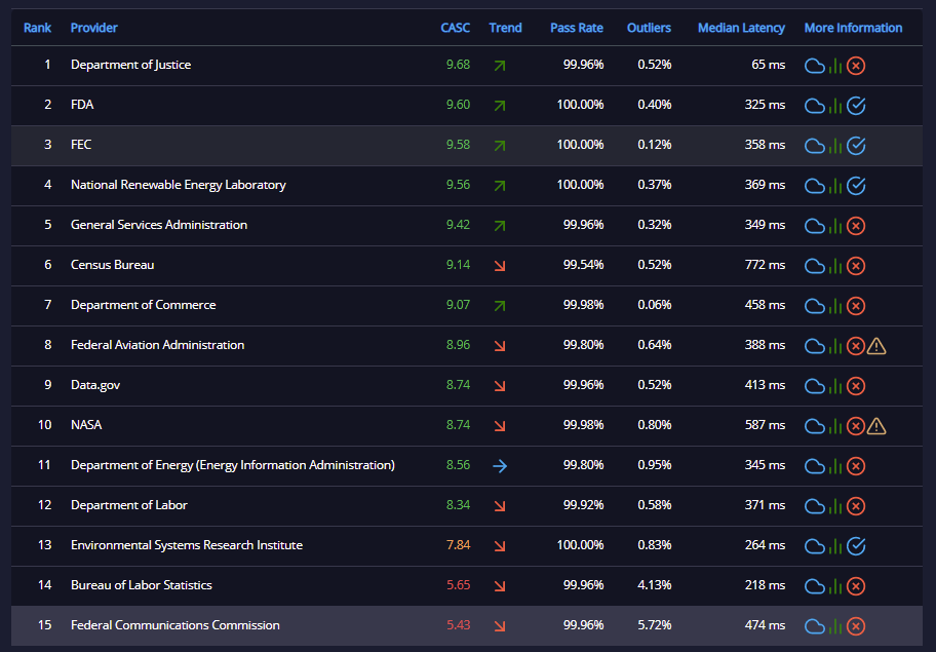 They are both firmly in the Red Zone. Their pass rates aren’t too bad, it’s the number of outliers and the likely the standard deviation of the latency that is killing them. One area that FCC could look to is DNS lookup time. 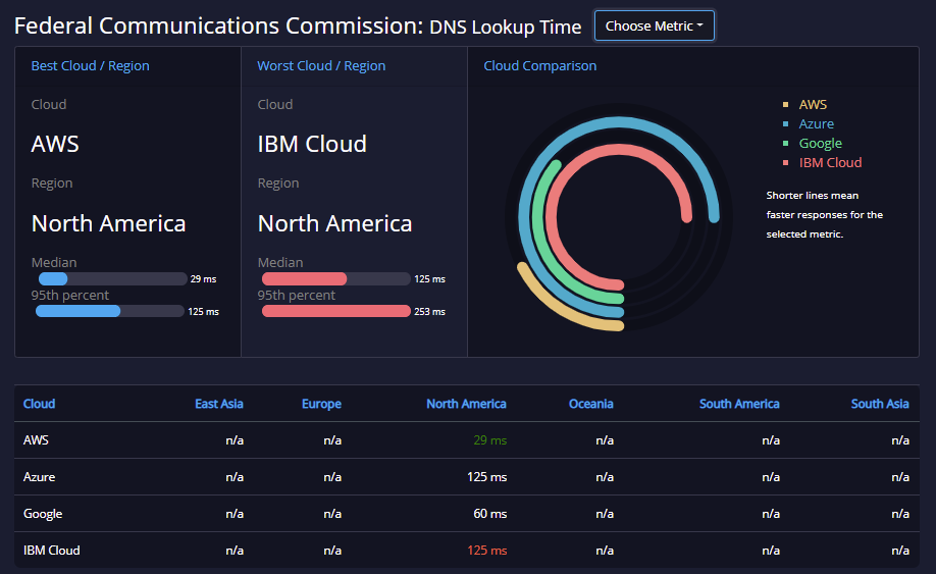 Azure and IBM Cloud are the same, but both pretty slow. Contrast with the BLS. 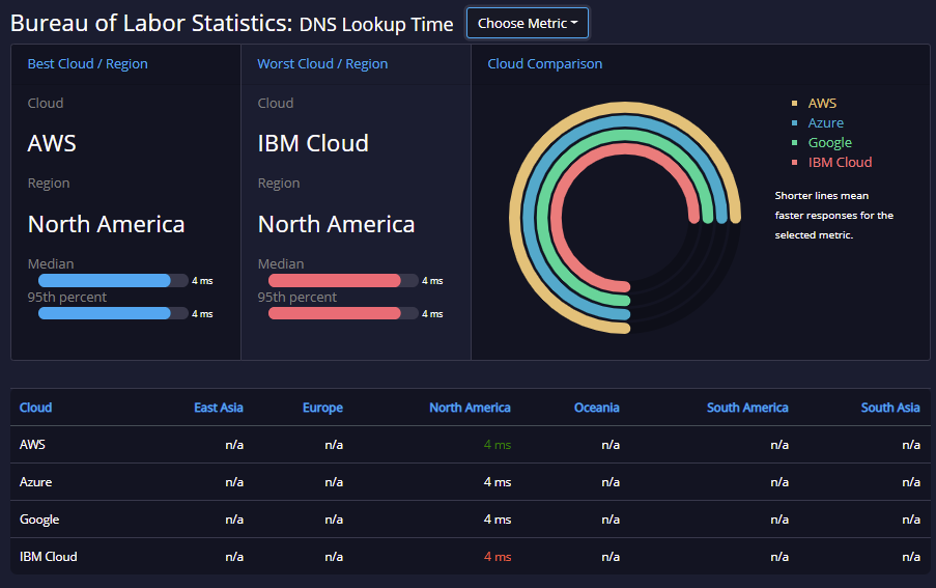 BLS has a DNS Lookup Time of 4 ms from everywhere. That’s a pretty stark contrast with FCC, which has the best value of 29 ms from AWS, more than 7x longer, and the worst value 31x. It might be an easy win necessarily to improve the DNS, but it is something that can cut tens of milliseconds off the median latency and have a big impact on the CASC score and user perception of an API.

See you again in a week as we look once more at our API ratings!

DO IT YOURSELF WITH A FREE TRIAL

PrevPreviousOpenAPI Welcomes New Member APImetrics
NextAPI Rant: TTFB – This is not the metric you are looking forNext
Page load link
Go to Top