We are now well into March (and sadly the time of COVID-19) and once again it is time to talk of the State of the APIs.

We do see that certain providers consistently vie for top spot in their category including Twitter, Slack and Github with others doing less well such as Cisco’s Spark services.

Two changes this week with Railsbank replacing ABN AMRO at the top of PSD2 Banks and Twitter and Google swapping places in Social Networks. The Department of Justice once again takes the overall title keeping the it in the public sector.

As so often, FTX might have a low enough latency to top the Cryptocurrency Exchange category, but they also have a lot of outliers and a high variance on their latency, which is why they come out 11th out of 18 in terms of the CASC score this week, up from 9th last week.

They do though have a CASC score of 859, which is a reasonable CASC score. It’s no good being fast if you are flaky, although being fast does help.

Just one change this week with the Department of Commerce swapping places with the Bureau of Labor Statistics. Oasis Dex takes the overall Wooden Spoon for the second week in a row and has somehow managed to “top” last week’s ghastly CASC score of 289 with one of 241.

Halifax has been languishing at or close to the bottom of UK Open Banking (Open Data) for some time. This week is had been joined by the Bank of Scotland at 15th (out of 17) and Lloyds Bank at 16th. Now, of course, the Bank of Scotland, Halifax and Lloyds are all part of the same organization, Lloyds Group. So they are all using the same (or very similar) backend infrastructure. Generally, though Halifax has been the worst of the three.

But what is up with these APIs? After all, they are only doing the exact same thing as the Bank of Ireland and they have a CASC score of over 950 most weeks.

The three sets of APIs are the three slowest in their category. With a median latency of 640 ms, Bank of Scotland is only slightly slower than Santander (UK) (640 ms), but Santander (UK) has fewer outlier. In fact, there are several brands that have more outliers than the Lloyds Group three (Adam Bank, Coutts, NatWest, Esme Loans, Royal Bank of Scotland and HSBC). The problem is a combo of fairly high number of outliers and being slow (in the case of Halifax, at 1116 ms, really slow).

The main problem are the pass rate of just 85.42% and a outlier rate of 15.03%. These are both indicative of very poor performance and are going to really tank the CASC score.

For all three, the rate-determining step is the process time, which is pretty constant between clouds, so this is definitely a Lloyds Group issue.

Bank of Scotland and Lloyds Bank are almost identical in process time performance, suggesting they may be hosted on the same hardware. 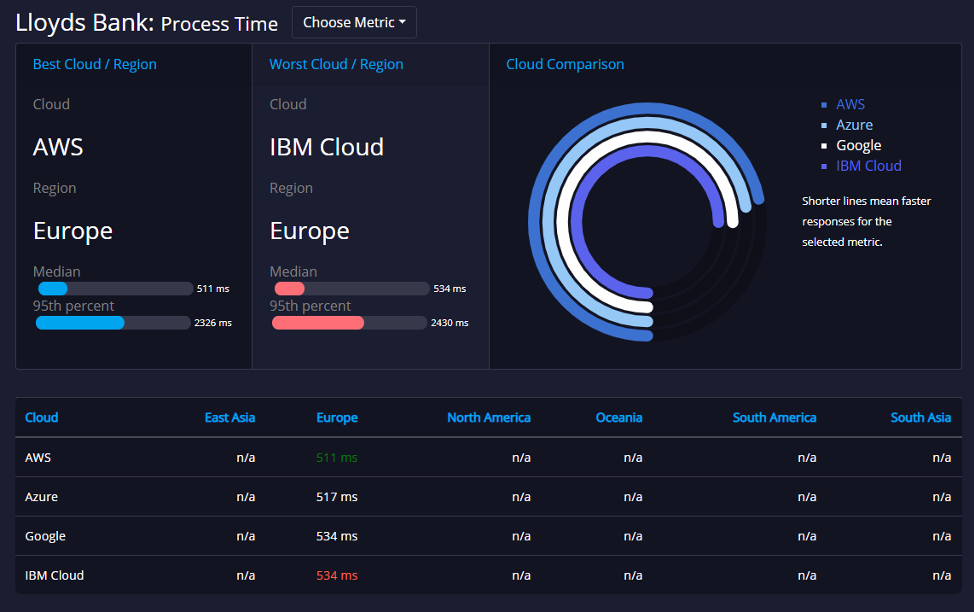 Halifax though is more than 300 ms slower. So it is presumably not co-hosted with Bank of Scotland and Lloyds Bank. But why are they all so slow in terms of process time compared to the rest of the CMA9? And why is Halifax even slower? 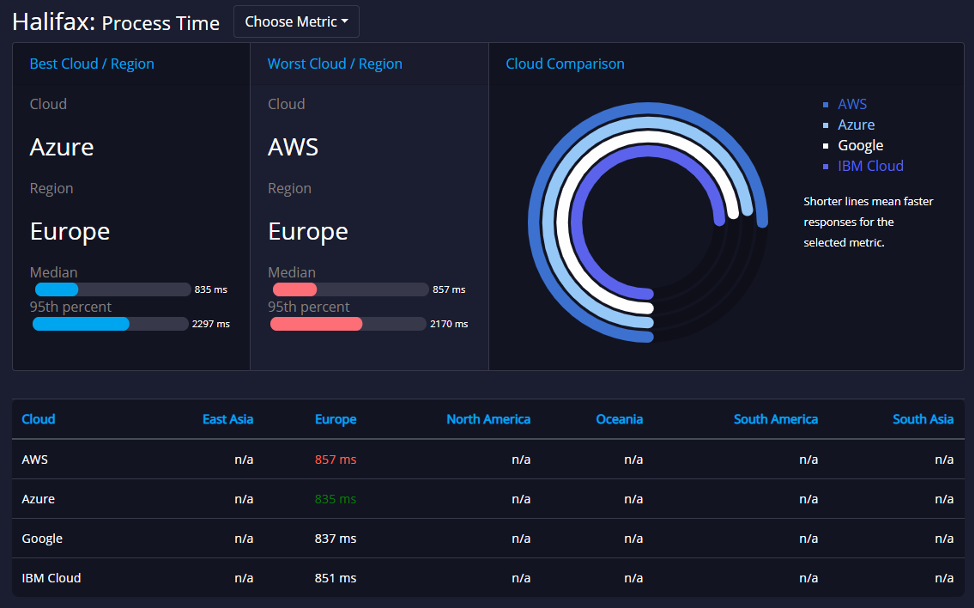 See you again in a week to see how things are going as we power our way through the spring (in the Northern hemisphere) equinox.